At an elevation of 2,409 meters above sea level, Hashenge is the only highland lake of its kind in Tigrai with no outlet. The lake is 5kms long and 4kms wide, with a surface area of 20 square kilometers and a shoreline of about 14km.

Hashenge is a highland lake in Korem town of southern Tigrai. It is the only highland lake located at an elevation of 2,409 meters, it has no outlet. Lake Hashenge is five kilometers long & four kilometers wide, with a surface area of 20 square kilometers. It has a shoreline of about 14km. The maximum depth of the lake is 25m. 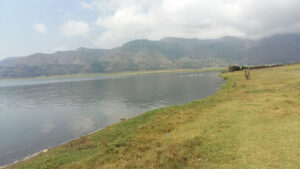 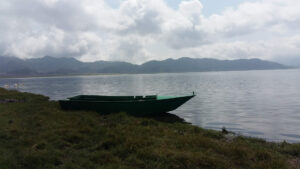 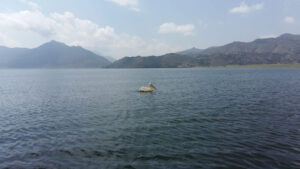 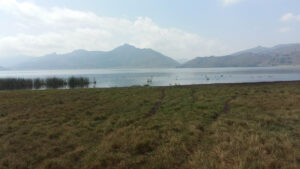 The British explorer Henry Salt, who notes that the Tigrigna name of the lake is Tsada Bahri (ፃዕዳ ባሕሪ meaning “White Sea”) from the number of birds that cover its surface, records a local tradition that a large city once stood on the site of Hashenge, but “it was destroyed, in his displeasure, by the immediate hand of God.” The lake is surrounded by a forest and it is an important birding site. The family Anatidae (represented by the highest number of species, 44.4%), Wattled Ibis (Bostrychiacarunculata) (the only species endemic to Tigrai and neighboring Eritrea), Ferruginous Duck (Ayithya nyroca), and Maccoa Duck (Oxyuramaccoa) are globally near-threatened species sighted at the lake. Egyptian Goose (Alopochen aegyptiaca) and Red-knobbed Coot (Fulica cristata) are the most abundant species. Common Greenshank (Tringanebularia) is common in the post rainy season and Mallard (Anas platyrhynchos) only in the dry season. Hashenge is an important source of fish, provides safe grazing land, and a mild condition for the surrounding Higumbirda forest.

On the other side of the lake is Mifsas Bahri, an important archaeological site of late Axumite remains.